Back in late 2019, the first significant legislation addressing retirement savings since 2006 became law. The Setting Every Community Up for Retirement Enhancement (SECURE) Act has resulted in many changes to retirement and estate planning strategies, but it also raised some questions. The IRS has been left to fill the gaps, most recently with the February 2022 release of proposed regulations that have left many taxpayers confused and unsure of how to proceed.

The proposed regs cover numerous topics, but one of the most noteworthy is an unexpected interpretation of the so-called “10-year rule” for inherited IRAs and other defined contribution plans. If finalized, this interpretation — which contradicts earlier IRS guidance — could lead to larger tax bills for certain beneficiaries.

Birth of the 10-year rule

Before the SECURE Act was enacted, beneficiaries of inherited IRAs could “stretch” the required minimum distributions (RMDs) on such accounts over their entire life expectancies. The stretch period could be decades for younger heirs, meaning they could take smaller distributions and defer taxes while the accounts grew.

In an effort to accelerate tax collection, the SECURE Act eliminated the rules that allowed stretch IRAs for many heirs. For IRA owners or defined contribution plan participants who die in 2020 or later, the law generally requires that the entire balance of the account be distributed within 10 years of death. This rule applies regardless of whether the deceased died before, on or after the required beginning date (RBD) for RMDs. Under the SECURE Act, the RBD is age 72.

EDBs may continue to stretch payments over their life expectancies (or, if the deceased died before the RBD, they may elect the 10-year rule treatment). The 10-year rule will apply to the remaining amounts when an EDB dies.

The 10-year rule also applies to trusts, including see-through or conduit trusts that use the age of the oldest beneficiary to stretch RMDs and prevent young or spendthrift beneficiaries from rapidly draining inherited accounts.

Prior to the release of the proposed regs, the expectation was that non-EDBs could wait until the end of the 10-year period and take the entire account as a lump-sum distribution, rather than taking annual taxable RMDs. This distribution approach generally would be preferable, especially if an heir is working during the 10 years and in a higher tax bracket. Such heirs could end up on the hook for greater taxes than anticipated if they must take annual RMDs.

The IRS has now muddied the waters with conflicting guidance. In March 2021, it published an updated Publication 590-B, “Distributions from Individual Retirement Arrangements (IRAs),” which suggested that annual RMDs would indeed be required for years one through nine post-death. But, just a few months later, it again revised the publication to specify that “the beneficiary is allowed, but not required, to take distributions prior to” the 10-year deadline.

Proposed regs regarding the 10-year rule

According to the proposed regs, as of January 1, 2022, non-EDBs who inherit an IRA or defined contribution plan before the deceased’s RBD satisfy the 10-year rule simply by taking the entire sum before the end of the calendar year that includes the 10th anniversary of the death. The regs take a different tack when the deceased passed on or after the RBD. 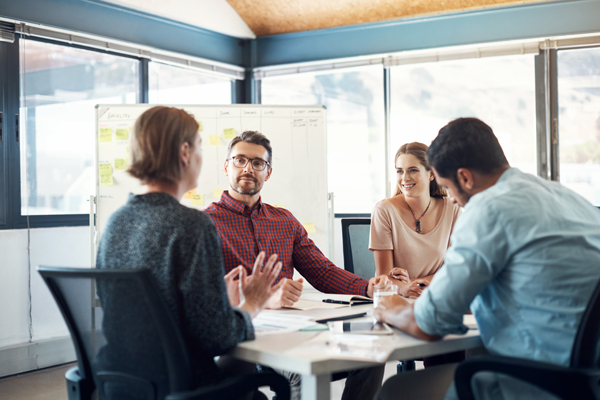 In that case, non-EDBs must take annual RMDs (based on their life expectancies) in year one through nine, receiving the remaining balance in year 10. The annual RMD rule gives beneficiaries less flexibility and could push them into higher tax brackets during those years. (Note that Roth IRAs don’t have RMDs, so beneficiaries need only empty the accounts by the end of 10 years.)

Aside from those tax implications, this stance creates a conundrum for non-EDBs who inherited an IRA or defined contribution plan in 2020. Under the proposed regs, they should have taken an annual RMD for 2021, seemingly subjecting them to a penalty for failure to do so, equal to 50% of the RMD they were required to take. But the proposed regs didn’t come out until February of 2022.

What about non-EDBs who are minors when they inherit the account but reach the “age of majority” during the 10-year post-death period? Those beneficiaries can use the stretch rule while minors, but the annual RMD will apply after the age of majority (assuming the deceased died on or after the RBD).

If the IRS’s most recent interpretation of the 10-year rule sticks, non-EDBs will need to engage in tax planning much sooner than they otherwise would. For example, it could be wise to take more than the annual RMD amount to more evenly spread out the tax burden over the 10 years. They also might want to adjust annual distribution amounts based on factors such as other income or deductions for a particular tax year.

Clarifications of the exceptions

The proposed regs clarify some of the terms relevant to determining whether an heir is an EDB. For example, they define the “age of majority” as age 21 — regardless of how the term is defined under the applicable state law.

The definition of “disability” turns on the beneficiary’s age. If under age 18 at the time of the deceased’s death, the beneficiary must have a medically determinable physical or mental impairment that 1) results in marked and severe functional limitations, and 2) can be expected to result in death or be of long-continued and indefinite duration. Beneficiaries age 18 or older are evaluated under a provision of the tax code that considers whether the individual is “unable to engage in substantial gainful activity.”

The U.S. Treasury Department is accepting comments on the proposed regs through May 25, 2022, and will hold a public hearing on June 15, 2022. Non-EDBs who missed 2021 RMDs may want to delay action to see if more definitive guidance comes out before year-end, including, ideally, relief for those who relied on the version of Publication 590-B that indicated RMDs weren’t necessary. As always, though, contact us to determine the best course for you in light of new developments.

Maner Costerisan is here to help answer any questions you may have in regards to the proposed regulation of inherited IRAs.

Navigating Financial Headwinds, Recession or Not